History and places to visit in Selge

​Selge is inside the national park of “Koprulu Canyon”, located 92 km. from Antalya. It is located on the slopes of the valley formed by the “Koprucayi” in the middle of the “Toros” mountains, which surround Antalya region along the three edges. It is at an altitude of 1000 m. from the sea. We suggest everyone living or staying in and around Antalya to enjoy a daily trip to the couple of Selge and Koprulu Canyon national park, which are located very close to one another. The glitters of the memory of such a trip, during which one sees with his eyes, holds with his hands and lives with all his being a very green nature and a history together, will enlighten the hearts not only upon returning to the hotel by the evening, but also many years after…

To arrive in Selge, one first advances through “Serik” town in Antalya-Alanya direction, passes by the road turning towards “Aspendos”, and then turns at the first junction towards the north, in the direction of the small town “Beskonak” continuing for 17 km. more after Beskonak town, Selge is reached. We have to mention a bridge of the Roman period on the way, which is so strong that it easily endures the crossing of even today’s vehicles with heavy tonnage. 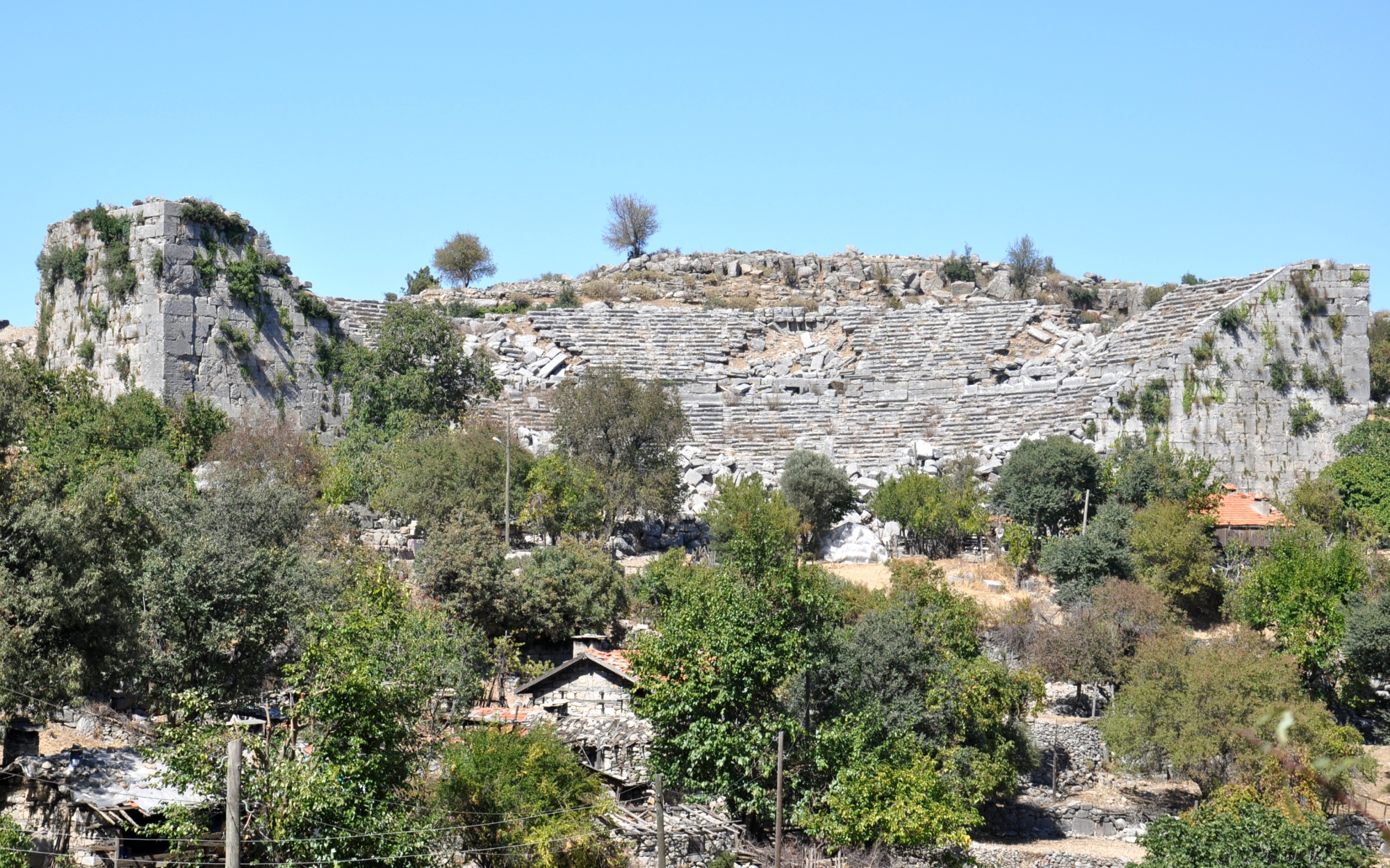 Although Selge was a city of “Psidia”, this was valid only for the administrative division. The populace of Selge always maintained hostile relations with their neighbors from Psidia. The city was founded by “Kalkhas”. Later, Spartans settled in here. Like Aspendos, the name of the city is not in Greek.

(The old names of Aspendos and Selge are Estwediyas and Estlegiyas, respectively, and these names are both of Luwi origin). The old coins minted in the city date back to 5. century B.C. Selge is located on the ancient road connecting the Central Anatolia to Aspendos. This location of Selge had made its populace become warrior merchants. Having an unproductive land suitable for only defense, the populace of Selge attacked for many years the surrounding cities, especially the wealthy cities on the shore line and imposed taxes on these.

In Persian period, Selge lived as a trade city, which was under the control of the Persian, but it had some privileges. Selge, who showed tenderness towards Alexander the Great guided him in his journey towards the north During the years after Alexander, Selge continued its life with no concession from its independence. They maintained their independence also in Roman period, by making agreements with them. Especially, they never changed their language. The historian Strabon mentions the populace of Selge as interesting people, and he explains that it was possible to encounter a person from Serge in every corner of Anatolia, due to the fact that they traveled so much. The ointments which the people of Selge prepared using the “Cedar” (Cedrus Libanotica) and “Günlük” (liquid- ambar oriantalae) trees, and also the plant “süsen” had a very important state in the medicine and cosmetology of their time. The remains of the city of Selge spread over three different hills.

Places to visit in Selge

​Since the systematic excavations for studying the ancient city of Selge have not yet been conducted, the information relation to the city and the monuments it hosts are limited.

City walls, towers and the gate

A wall with the length of around 3,5km. surrounds the city. The part of this wall which has survived through the present day with the least damages is the section on the south west of the city. This defense-aimed wall are supported with towers placed at intervals of around 100 m.

The theatre of Selge is situated close to the village. The lower half of the cavea (the section for spectators) was carved into the hill against which the theatre leans, and the upper half was constructed. With its capacity of 10.000 persons, cavea has the shape of a horseshoe, which is wider than a semi circle, as in the ancient Hellen style. It has a diazoma. There are total 45 seating rows, of which 30 are in the lower section and 15 are in the upper section. Four arched gates provide entry to the section for the spectators. The stage building is adjacent to the section for spectators, in accordance with the Roman style. Five gates lead from the stage building to the stage. These all provide evidence that the building was constructed before the Roman period, but changes were made during the Roman period. 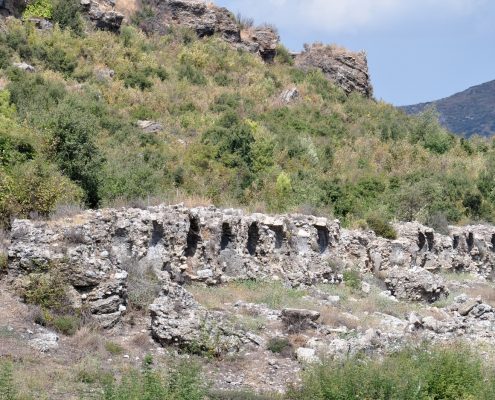 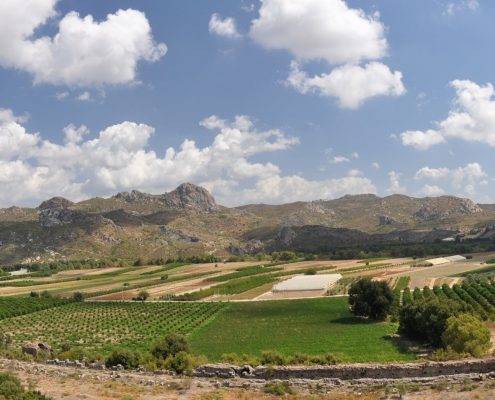 Situated to the south west of the theatre, one of the longer sides of the stadium leans against the same hill. The other longer side leans against an arched gallery Having a capacity of 5000 persons, the structure has the dimensions of about 180 x 28 m. In other words, its length is shorter than 1 “stad”. Even though this length is shorter than the ancient racing standarts, there were also such stadiums in ancient architecture.

From the unearthed inscriptions, we learn that the traditional contests were held once in every four years and that the statues of the winners were erected.

These are located on the hill to the west of the city. They both are in a ruined state.

It is on the same hill as Zeus and Artemis temples, to the west of the city. Its diameter is 21 m. and its depth is 7,5m. It was built for the purpose of collecting and distributing to the city both the rain water and the water conveyed by a canal coming from the north. There are also the ruins of an aqueduct on the hills to the north.

Agora was founded with a 45 x 45 m. sized courtyard on the southern hill, which is one of the three hills where the city is located. Except the southern edge, all the other three edges of this courtyard are surrounded by stoas and shops.

Stoa and the columned road

This stoa is located on the plain with between the Agora hill and the hill to the west. It has a length of 110 m. There are two inscriptions on the southern end of stoa.

A group of graves were found on the eastern foot of the Agora hill. The found sarcophaguses are characteristic.

It is located on the same hill as agora, slightly to the north of agora. Selge was a bishop’s center and its seniority was after Side and before Aspendos.