One reaches this park by following the asphalt road which separates towards the north at the 49 km of Antalya-Alanya highway. This road passes through Taşağıl and reaches Beşkonak. The recreational texture of the national park is formed by the river Köprü.

The geological formation of the region made of clay, sandstone, conglomera and limestone masses of rocks makes the carstic ground formations possible. The valley formed by the river Kopru between the Bolasan village and Bes konak, which makes up the natural source of the National Park, is the longest canyon of Turkey owing to its length of 14km. and its walls exceeding 100 m in height. The plant cover in National Park formed by the pine, cypress and cedar trees and many other tree species with leaves which extend from the feet of the valley up to the naked peaks of the mountains are supported with the rich maqui groups. 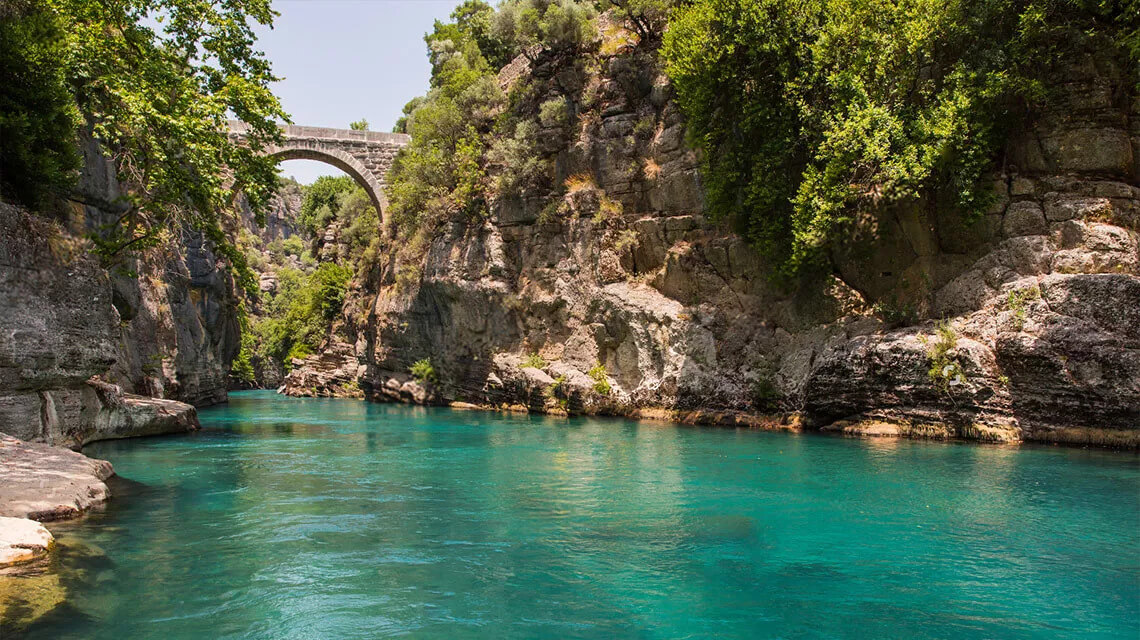 Although National Park had a rather diverse wild life, the species have diminished in number as a result of the illegal hunting The main members of the wildlife include deer, chamois, bear, fox, wolf, rabbit, marten and badger. There is plenty of trouts in the river Kopru and its branches.

The ruins of the ancient city of Selge are also inside the park. “Oluk” and “Bugrum” bridges on the river Kopru and Kocacay, and the historical road covered with stone which connects Selge to the coastal cities of Pamphylia are among the other archaeological riches of the park National park houses the areas reserved for picnic and camping, and also the places like cafeteria and buffet.